In this generation, when power tools are always essential for the convenience of accomplishing many tasks in the workplace, the brands Makita and Ridgid are some of the top producers of quality performance tools in the market. Both companies are renowned in manufacturing some of the world’s most advanced cordless power tools as of today.

This article focuses on the debate on which is the better between the two impact driver brands and also to help consumers go for the right choice and prevent them from settling for the brand that has lower standards when it comes to tool performance, durability, and adaptability.

For those who don’t want to read the whole article and want to settle on a swift conclusion, the Makita XDT11R impact driver triumphs over the Ridgid R86037 impact driver in terms of better functionality and featured specs.

It is undeniable that Both brands capable of accomplishing numerous tasks in different applications. However, the Makita XDT11R impact driver is just a better choice of a power tool that has more features and has a better capacity to generate vast amounts of torque power. 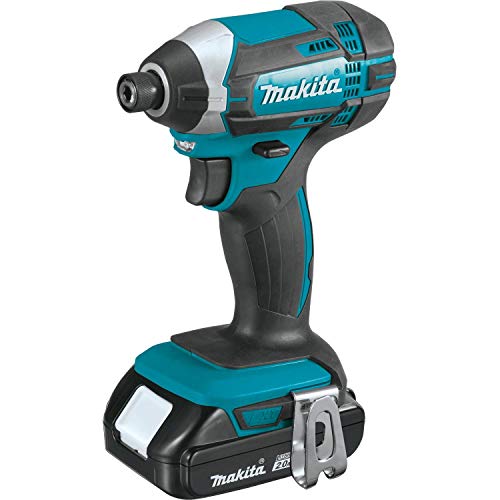 The world today has many cordless tools in the market that only have improved batteries as its source of power. Finding the ideal power tool that has quality performance and has tons of featured specs is essential in the convenience of accomplishing many tasks around your home or in the workplace.

This model of Makita XDT11R impact driver is very durable and comfortable to use because of its adjusted ergonomic handle. Users can expect up to 2,900 RPM, 3,500 IMP, and 1,460 feet per pound of force. This impact driver can generate high amounts of RPM or revolution per minute that is convenient for faster screwing, no matter what materials you are working with.

The Makita company made this model of impact driver a little bit smaller compared to the first models the company released. The Makita XDT11R impact driver has a measurement of just 13 inches long. It also only weighs 10.3 lbs. with its battery weight included. The impact driver’s size and weight alone help users to be more relaxed when working on different materials and applications.

The Makita company made the Star Protection Technology specifically for their cordless power tools to prolong the battery life while still being capable of generating high amounts of power.

The featured battery technology grants communication between the device and its battery, allowing it to exchange information in real-time, which is always concerned about the device’s overall conditions. The Star Protection Technology prevents the Makita impact driver from over-heating, over-discharging, and overloading.

The Makita XDT11R impact driver is powered by 18V LXT compact li-ion batteries that can generate high amounts of power and improves the device’s adaptability. The battery was also engineered for a fast-charging capability, which is always a beneficial aspect of cordless power tools.

What We Like About The Makita XDT11R Impact Driver:

The Makita XDT11R is undeniably a useful power tool that has many unique features. The device’s specs always grant excellent results when working on various projects around your home or in any workplace.

The Makita XDT11R impact driver is an example of an advanced power tool that has tons of beneficial features, such as the device’s capability of generating vast amounts of power no matter what the application is. 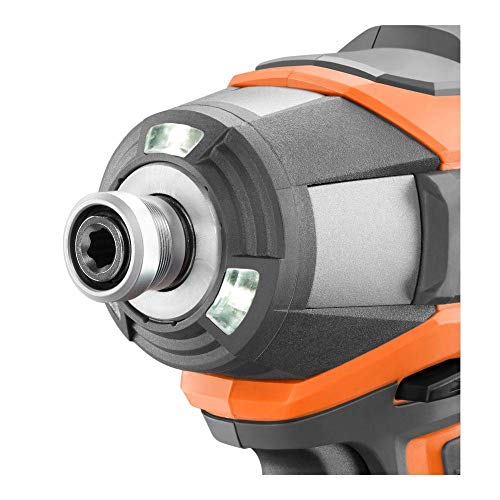 If you have trouble looking for a great impact driver that has the power to accomplish a variety of tasks around your home or in a particular workplace, the Ridgid R86037 impact driver is a reasonable choice to go with.

The Ridgid Company has initially been renowned for inventing the pipe wrench. However, during the ’60s, the company ventured on manufacturing power tools as well. As of today, the brand is known for producing some of the world’s high-performance power tools that attract numerous consumers annually.

The Ridgid R86037 Impact driver boasts a 2,750 RPM maximum, which is a large amount of speed when talking about screw driving capacity. Other brands are known for running near 3,500 RPM, which is not ideal when it comes to the quality of the power tool’s control. This impact driver focuses more on controllability aspects rather than the tool’s power generation capacities.

The Ridgid R86037 impact driver has a compact size weighing only 3.5 lbs and has a measurement of 4.9 inches long. Despite the tool’s minimal size, it can still generate impressive amounts of torque power, with users not having to worry about the battery running out of juice. The device’s size is also convenient when it comes to mobility; users can easily transport this power tool from one place to another because of its lightweight features.

The Ridgid R86037 impact driver features a 18 Volt Lithium ion batteries that can generate up to 2,750 lbs. of torque power. It is undeniable that this power tool is an ideal choice to get specifics tasks done with quality results. It may not have a larger battery capacity compared to other impact driver brands such as Milwaukee and Makita; it still triumphs over other brands when it comes to better control due to its fair generation of torque power.

What We Like About The Ridgid R82230N Impact Driver:

The Ridgid R86037 impact driver is a reliable power tool that is ideal for numerous applications around your home or in any workplace. This impact driver focuses more on controllability rather than torque power capacity. It has a lower battery voltage compared to other brands; therefore, there’s a particular risk that the device may quickly run out of power.

It is undeniable that both brands are reliable impact drivers that can accomplish numerous tasks. However, in this debate on which is the better impact driver brand, the Makita XDT13Z impact driver tops the Ridgid R86037 impact driver when talking about tool performance quality, additonal specs, and torque capacity.

The Ridgid R86037 impact driver focuses more on the tool’s controllability rather than the force generation capacity. The battery also has almost the same price as the device, which seems unreasonable for budget consumers.