A wrench may just be what you need. It’s handy, affordable, and multipurpose, especially so that cordless wrenches are a thing now.

In this review, we’ve rounded up two of the most sought-after cordless wrench brands in the industry — Ingersoll Rand and Milwaukee.
Below is a brief comparison and review to help you choose the better option for your home projects.

Ingersoll Rand vs Milwaukee: The Battle of the Brands

Ingersoll Rand is an American brand that started in 1859. In 2019, it has agreed to merge with Gardner Denver, which was formalized  in 2020. Together, they provide services to the industrial, energy, and medical groups.

Milwaukee, on the other hand, is also an American brand founded in 1924. Since 2005, it has been a subsidiary of Techtronic Industries. It focused on producing power tools.

Both companies are known in the construction industry, developing high quality products. They have long been in the industry, providing innovation and solutions.

Below is a comparison summary and analysis of what both products have to offer (based on Amazon):

Overall, it’s easy to see that the Ingersoll Rand W7150-K2 is the bigger and heavier tool. It is physically bulkier, longer,  and also weighs heavier than the Milwaukee MLW2861-20.

This is significant since it is a hand-held device. If you haven’t used many power tools, you would probably prefer a lighter and smaller option for ease of use.

The Milwaukee MLW2861-20 is the clear winner when it comes to portability, as it’s only 10 inches long and is about 40% more lightweight.

But does it make up for power too? We’ll discuss that in a few.

In the size and weight aspect, Milwaukee is the clear winner. 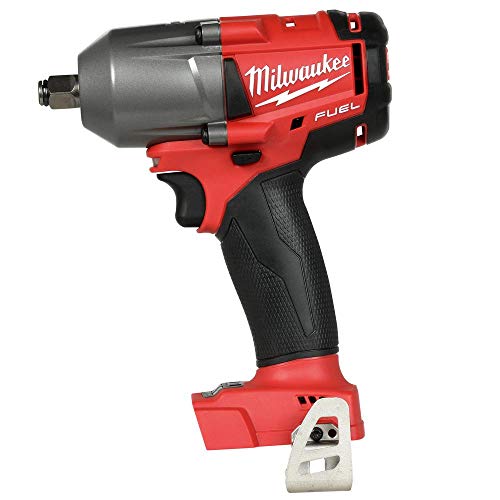 One quick tip before you choose a cordless impact wrench or any power tool for that matter — always consider the quality of the device.

Right off the bat, you’ll see that the difference between the Ingersoll Rand and Milwaukee brands is quite huge in terms of weight. Ingersoll-Rand is heavier and thus feels sturdier as well. Not surprisingly, it is more expensive than the one from Milwaukee.

It’s good to note though that while Milwaukee MLW2861-20 is a lot lighter and more affordable, it doesn’t skimp on durability and sturdiness. Like the Ingersoll-Rand wrench, it also feels premium and heavy-duty.

For overall build quality, both the Milwaulkee and Ingersoll-Rand deliver. The lighter Milwaukee might be your choice if handling and weight is a concern, but in terms of durability, the difference of the two is almost insignificant.

Both are using Lithium Ion batteries that are easily available in case you need a replacement. Ingersoll Rand W7150-K2 has the batteries included in the set, while Milwaukee solds them separately.

Ingersoll Rand also boasts of how long lasting their batteries are, and this claim is also supported by online user reviews. Milwaukee MLW2861-20 is likewise keeping up with a long-lasting battery.

So if you’re doing some projects that will require longer hours, both of them may be able to do the work. This is especially crucial if you’re doing your projects outside the home, where you might not have the luxury of charging outlets.

Interestingly, both tools have an impressive battery life and take almost the same amount of time to charge.

In the battery life battle, it’s a tie. 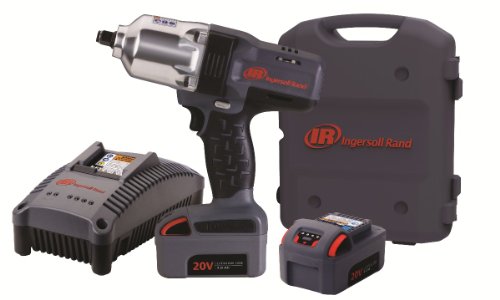 When it comes to the performance of these wrenches, you may look at the high torque from Ingersoll Rand and think that it might be the better, stronger wrench. But considering the maximum speed, Milwaukee MLW2861-20 makes up for the lesser torque.

Overall, both tools are powerful and can do any heavy-duty projects. Both Ingersoll-Rand and Milwaukee wrenches are able to work on every material you can think of, from axles to nuts and bolts, effortlessly. Given their torque and speed, these two are possibly the most powerful cordless wrenches out there.

And the Amazon reviews all vouch for that.

Despite having a torque difference on a ft-lb consideration, this round is a tie. 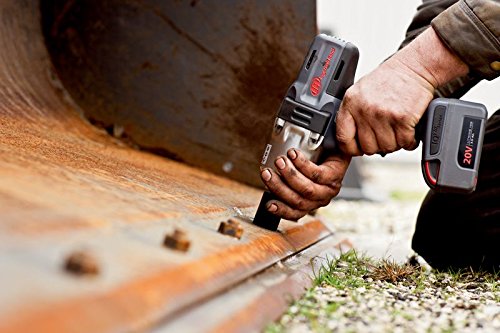 A cordless wrench is a must-have tool for many common home projects, and there are several factors that you have to consider when buying one.

After giving you a head-to-head comparison of two of the most well-reviewed power tools, it’s easy to say that choosing one over the other wouldn’t make much of a difference on your DIYs.

The Ingersoll Rand W7150-K2 is a powerful cordless wrench that can help you with many projects inside your house, but it does come a bit more expensive than the Milwaukee MLW2861-20 wrench. Note that the batteries are sold separately for Milwaukee, so that’s an added expense if you choose this brand.

Both cordless impact wrenches have impressive battery lives, making them ideal for use outside of the home or when traveling.

But overall, they practically perform the same. The two brands are powerful, portable, and most of all, they get the job done. The brand that you will choose will highly depend on your personal preference and the purpose it will be put into use.

Which cordless wrench would you pick?