Seasoned veterans and new craftsmen own different ideas about what a power tool should look and perform like.

For the older, more grizzled set, they reminisce about how heavy-built and powerful their tools were – tools that look like the DeWalt DC720KA.

In this review, we pit the hardcore beast of a drill/driver in the DeWalt DC720KA against the super-friendly next generation one in the Porter-Cable PCC608LB.

Although the DeWalt DC720KA appears like the spiritual successor of the nickel-cadmium power tools our fathers used, it still packs in quite the innovation. It features a frameless motor that integrates both the rotor and stator parts into the machine assembly of the drill/driver.

The Porter-Cable PCC608LB, on the other hand, possesses amped-up power because of its brushless motor design. As you may know, brushless motors work through magnets to induce the rotational force inside them to generate energy. By eliminating friction, these motors give more energy as there are no brushes to hinder their energy generation.

So which ones comes out on top? Let’s take a look at each one and decide.

Both of these tools are cutting-edge in their own right. The DeWalt DC720KA, launched in 2016 comes with a frameless motor while the  Porter-Cable PCC608LB ticks all the boxes in regards to the features the latest generation of power tools should have.

If you’re the type of contractor who likes working with powerful and meaty tools and believes Ni-Cad are better batteries than li-on, you should go for the DeWalt DC720KA.

The Porter-Cable PCC608LB offers a smaller frame and is half the weight of its DeWalt rival and will, therefore, satisfy home users, women contractors, and young shop workers.

The DeWalt DC720KA can accompany contractors to their assignments thanks to a tough casing that allows it to shake off any damage from falls. Its NiCad batteries will last its users for many years as these older generation batteries do as long as the proper recharge and discharge cycles are followed.

You don’t have to worry about your bits slipping off the drill/driver as the DeWalt DC720KA features a ratcheting chuck. The ratcheting motion allows the chuck to firmly grip the bit as you increase the torque on the drill.

The drill weighs only light 4.8 lbs and features the nice ergonomic over-molded plastic designs that DeWalt encases their power tools in. You’ll have less of a hard time working on your project since the drill/driver isn’t heavy and the grip prevents strain and slippage.

The DeWalt DC720KA allows users to work the drill/driver in two different speed settings, specifically 0-500/0-1,700 RPMs. These choices give users the power to apply the right torque on their project surfaces and their screws to avoid overturning the head or to drive longer fasteners in.

Use the extra battery that comes with the drill/driver when the first one runs out and charge the empty one. You can also power it up by attaching a cord to it and going for an electrical outlet. 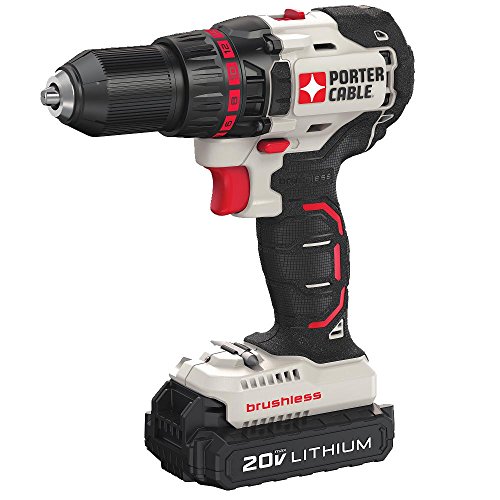 The Porter-Cable PCC608LB will work wonders for home projects as it is light and compact. It will also help aging craftsmen or contractors to continue doing renovation or repair work thanks to its user-friendly design and weight.

The Porter-Cable PCC608LB can work up to a max torque of 1,700 RPMs. This figure becomes significantly interesting once the drill/driver goes through a field test. It ably inserts 400 3-inch screws in thick pinewood on a single charge.

If you can’t handle heavy tools for a long time, you’ll be glad to know the Porter-Cable PCC608LB is just 3.2 lbs heavy. It’s slim 8 inch long and 3.70 inches wide frame allows it to work fasteners in tight areas.

The Porter-Cable PCC608LB comes with two lithium-ion batteries, extending its run time if you need to put in extra work. These batteries will also charge fast and allow you to interchange them if one runs out of charge.

Users will be able to control the torque by manipulating the ring around the chuck. This variable speed trigger empowers the users more discretion in their speed of application to protect their fasteners or bolts from busting. 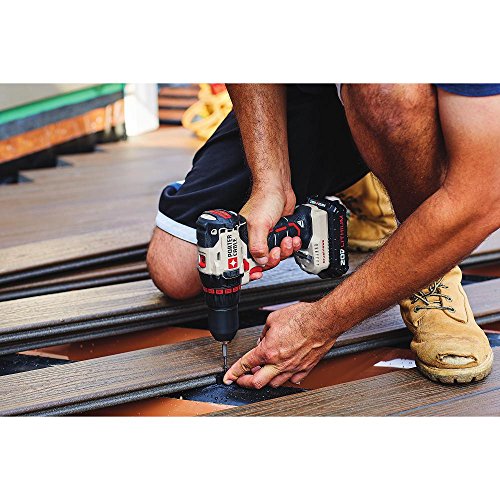 Stop the drill first before going in the reverse direction to avoid bit slippage.

As much as we’d like to wax nostalgic about older generation power tools but we’ll go for the Porter-Cable PCC608LB. First and foremost, the lithium-ion battery packs on this unit guarantee interoperability with future battery packs.

Sadly, the nickel-cadmium batteries which the DeWalt DC720KA runs on has been finding lesser and lesser markets due to the toxicity of the cadmium in its chemical juice.

Despite working on li-on the Porter-Cable PCC608LB possesses the same 1,700 max speed as the DeWalt DC720KA without the heft and only at half the weight.

We’re sure the DeWalt drill/driver is still a winner in the eyes of more seasoned power users but we’ll go for the sleek and lightweight Porter-Cable product.

Although we favored the Porter-Cable drill/driver in this review, it’s by no means a slight against the DeWalt DC720KA. First and foremost, the DeWalt DC720KA offers good value for your money as distributors are selling it at a good price right now.

The tool is only heavy because of the robustness and durability of its form factor that guarantees it can take a beating at the worksite. Both the Porter-Cable PCC608LB and this unit both give distinct value depending on what you need in a drill/driver.