DeWalt vs Hitachi Cordless Drill: Which One Should Buy?

Gone are the days when power tools meant huge, bulky, and intimidating gizmos.

With more and more people deciding to DIY their home projects, brands have designed user-friendly tools that focus on convenience without compromising function.

The Hitachi DS18DGL and DeWalt DCD780B are two of the most popular cordless drills on the market today, and with all the positive reviews online, you might be in the fence about which one to buy.

This review will take a detailed look at how these two power tools compare and hopefully help you pick the one that may work best for you.

Hitachi vs DeWalt: Is One Brand Better Than The Other?

Hitachi and DeWalt are two of the most well-known brands when it comes to power tools. User reviews from Amazon would back this up and prove that people trust the quality of their tools in managing their DIY home projects.

Hitachi is a Japanese brand founded in the early 1900s when it released the very first electric induction motor in Japan. It’s been a globally known brand since then, on a par with other popular electronic brands like Sony, Toshiba, and Panasonic. The Hitachi power tools are now rebranded to Metabo HPT.

DeWalt, on the other hand, originated in Pennsylvania, USA. It was founded in the 1920s but became well known in the DIY market in the 90s. The brand is the pioneer in cordless power tools. Currently, it is owned by Black & Decker, and the brand is the company’s trade name for its series of heavy-duty tools.

Here’s a side by side comparison of the Hitachi and DeWalt cordless drills.

Read more to know how they actually compare given these features.

When choosing a cordless drill, most people look at the size and weight of the tool. The sleeker and more lightweight the drill is, the better, especially for DIY jobs at home, as they will generally be easier to use.

The Hitachi DS18DGL cordless drill weighs 3.7 lbs and is about 9 inches tall, while the DeWalt DCD780B comes in close at 4 lbs and 9.5 inches. Both are definitely on the lighter category, which makes them good options, even if you don’t have any experience with power tools.

Both have built-in LED lights that may come in handy when working on dark areas, but being the smaller and lighter option, the Hitachi DS18DGL can fit into tighter and smaller spaces. It also has several other features that come in handy for home users.

More on that below.

Despite being lightweight, both feel sturdy and with good built quality. However, there are some reports that the DeWalt DCD780B wobbles a little bit when drilling on hard surfaces. It’s more of a safety precaution for the user though, as the wobbling does not affect the drilling quality.

To avoid experiencing this, it is recommended not to push the torque too hard when drilling. 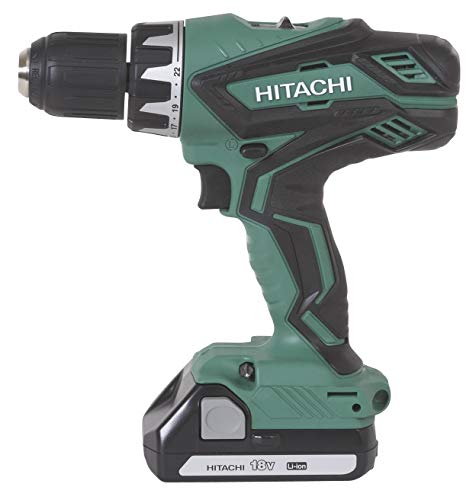 Cordless drills may be less powerful than corded tools, but it doesn’t mean that they can’t do the same work. In fact, both the Hitachi and DeWalt cordless drills are almost as powerful as their corded counterparts.

Because of the smaller battery capacity, the Hitachi cordless drill has a significantly shorter battery life, lasting only up to 45 minutes. This is a huge deciding factor if you’re planning to do major home projects that may require at least an hour or so of work. 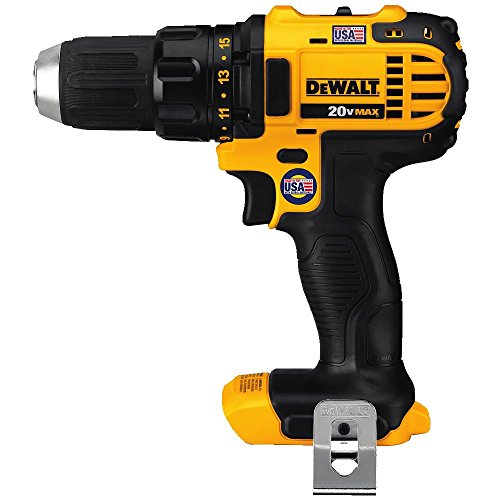 Surprisingly, despite both drills being lightweight and handy, they do not come short in torque and speed.

Both tools transition from slow to fast speeds smoothly without any unnecessary bouncing or jerking, keeping the drilling quality at best.

For basic torque tasks, both drills work great. But if you’re working on some high-speed drilling, the DeWalt DCD780B may be a better choice. It works well in many materials, and the faster 2000 RPM can get the work done effortlessly. The max speed option in the Hitachi DS18DGL may not be enough to drill thick metals. 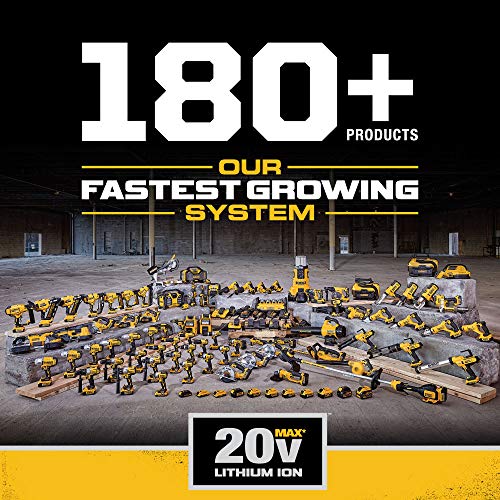 Now that we’ve compared the performance of the two cordless drills, let’s talk about their other selling points. These may not be your top considerations when choosing a cordless power tool, but they can help you gauge which one will work better for you.

It is worth noting that the Hitachi drill features the reactive force control technology. This means that the drill automatically turns off the moment it senses “reactive forces”, such as jamming or binding.

This Hitachi-specific feature diminishes the possibility of user injury during drilling, which is ideal for users who have no technical knowledge or experience in operating the drill.

It is also worth noting that this model includes a battery and charger set, while the DeWalt sells them separately.

Another significant feature that may be important to look at is the drill’s ability to accommodate different bit replacements.

After an in-depth, point-by-point comparison of the Hitachi and DeWalt cordless drills, it seems that both have their own strengths and can actually do some great drill work.

If your home projects include basic torque work, such as drilling walls, installing drawers, or fixing cupboards, then the Hitachi DS18DGL might be enough for you. It’s lightweight and has an ergonomic handle for easy use.

But if you’re planning on bigger projects that include working on metals and other hard materials, then you may want to consider getting the DeWalt DCD780B instead. The speed options and power is better suited for heavier drilling.

What projects are you planning to do with your cordless drill? Would you choose the Hitachi over DeWalt or vice versa?

We’d love to hear your thoughts in the comments.