DeWalt Max XR vs XRP Hammer Drill | Which Is Better?

With its advanced tool technology, DeWalt has redefined what it is to have a hammer drill that is easy and comfortable to use, durable, and powerful and can complete your drilling jobs in minutes.

DeWalt is an American brand of power tools that began its operation in 1923. And with a long history of developing tools, it’s no wonder that most people trust this brand for its authenticity, ergonomics, and power delivery.

However, one might find it difficult to choose which hammer drill to pick among several drills that DeWalt has already produced.

So, to give you a tip, especially for those who are just beginning in their craft, you must look into the following factors: size and weight, battery system, power rating, and speed. If you know how to compare these factors between the tools, then you’re in for a good purchase.

Let’s move on to the next sections to find out which hammer drill you must go for: DeWalt DCD996B or DCD950B?

Given that it runs on a much more powerful battery system, it is, without question, that DeWalt DCD996B can better execute heavy-duty drilling jobs. DeWalt DCD950B, on the other hand, does not easily yield to the former as it is also powerful, versatile, and fast.

Plus, with their efficient motors, these DeWalt hammer drills can surely give you more time to work than to sit in the corner while waiting for a full battery.

In the following parts, let’s further tackle the specifications of these two hammer drills so we can select the right drill for your needs. 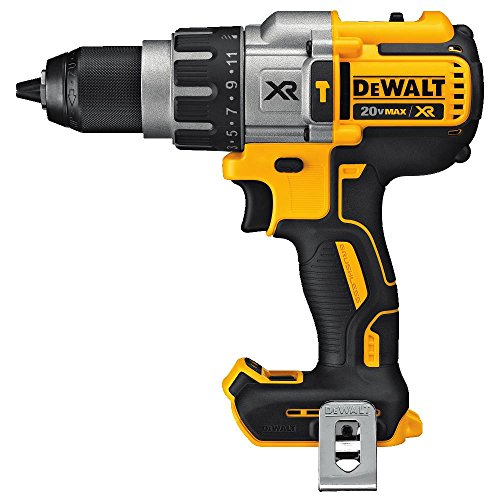 DeWalt DCD996B is a hammer drill under DeWalt’s 20V Max – XR cordless line that features a brushless motor for higher efficiency and better performance. This motor also prevents the tool from acquiring much damage since it has no components that exhibit friction. Plus, DeWalt claims that this tool delivers up to 75% more runtime compared to 18V NiCad brushed motors.

DeWalt DCD996B brings into play its 3-mode LED light that DeWalt claims to be 20x brighter than the previous models. Plus, it includes a unique feature called Spotlight Mode that offers a 20-minute shutoff function. 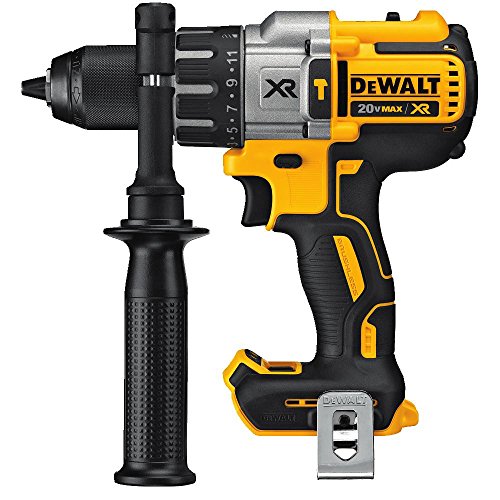 The Solution: When used to a great extent, it basically hiccups the power, and then it keeps going. When that happens, it is recommended to let the tool rest for a while to avoid further damage.

With its unconventional features, DeWalt DCD996B proves to be a potential workhorse for either professional or non-professional works. It possesses a high power rating and speed of up to 2,000 RPM to help you finish your drilling jobs in no time.

DeWalt DCD950B is a hammer drill added to the DeWalt XRP collection of power tools. XRP simply means “Extended Runtime and Performance”. With that, DeWalt DCD950B proves to be useful in drilling and fastening applications. It also includes user-friendly features that improve user productivity.

DeWalt DCD950B features DeWalt’s patented 3-speed transmission and built-in 22-position clutch settings to let the users select among the three-speed variations and power to match to his task.

DeWalt DCD950B sports a ½” metal, self-tightening chuck that provides a better and stronger grip on drill bits thus, making it suitable for prolonged use.

DeWalt DCD950B is a dependable tool since it is compatible not just with its 18V XRP Lithium-ion batteries, but also with its older 18V XRP NiCad cells. With this feature, it allows users to do more work on their task and fewer trips to battery chargers.

The Solution: Some users have taken it to reviews that as soon as they take their finger off the trigger, the chuck immediately stops spinning. It is actually thoughtful for DeWalt to realize this new feature for safety consideration. However, this is not just how older hammer drills work, so it may require the users some patience and a little bit of getting used to.

DeWalt DCD950B is a must-have tool that delivers a power rating of 450 UWO and can complete the work at a rate of up to 2,000 RPM. This tool is practical to use in light works.

What is the Difference Between Them?

Both DeWalt hammer drills show impressive product dimensions and weight, but DeWalt DCD950B is much lighter at only 3.9 lbs, causing lesser strain on your arm and wrist when used overhead.

DeWalt DCD996B and DCD950B both include the patented three-speed transmission and also have the same speed scope of up to 2,000 RPM.

They also both possess a bright LED light to illuminate dark workspaces, but DeWalt DCD996B features a smarter 3-mode LED light and a Spotlight Mode for extended work time.

However, when it comes to the battery system and power rating, DeWalt DCD996B outdoes DCD950B with its 20V Max – XR Li-ion and a maximum output of 820 UWO. Its power rating is almost double that of DeWalt DCD950B’s.

Also, when the hammer setting is used, DeWalt DCD996B can get the job done faster than DCD950B, with its dominating 38,250 blows per minute (BPM).

Without a doubt, DeWalt Max XR models, like the DCD996B, work better than their XRP line of hammer drills.

DeWalt DCD996B and DCD950B are not manufactured for nothing. Both hammer drills give a reasonable value-to-price ratio and can work well as an addition to your toolbox.

If you are looking for a hammer drill that you can mainly use for light applications such as simple furniture remodeling and undemanding home maintenance works, you must go for DeWalt DCD950B. Its 22-clutch settings allow you to equate the amount of power to your task.

But, if you are looking for a hammer drill that can do both light and heavy-duty works like major DIY projects and construction jobs, you must choose DeWalt DCD996B over the other. Its chuck is engineered to a more durable and more suitable tool for use in such demanding jobs. It is also equipped with a GUARANTEED TOUGH brushless motor that works better than most brushed motors.

So, which hammer drill have you set your eyes on? Is it DCD950B or DCD996B? Leave us a message or comments below.