DeWalt is one of the brands that users highly recommend for its comfortable, user-friendly, and innovative power tools.

It is an American brand of tools that launched a revolutionary system of over 30 new cordless tools including the first ever combination drill/driver/hammer drill in 1994. And finally, in 2013, DeWalt introduced its cordless 20VMAX* – XR line of brushless power tools with high-capacity Lithium-ion batteries.

With this in mind, DeWalt can surely give you a good addition to your impact wrench collection in your toolbox.

And this article aims to review two DeWalt products that DIYers and even professional workers go for.

In this tool review article, we are going to compare two of DeWalt’s line of cordless 20VMAX* – XR brushless impact wrenches under the same model number: DCF899B and DCF899HB.

The fact that the other is just a letter away, you must be wondering how they are named like that.

Below is a summary of their specifications.

They are of the same model number, so they apparently have almost the same specifications, and as you can see, the two items only differ in the anvil type. One has the detent pin anvil while the other possesses the hog ring anvil.

More on that in the next sections.

When looking for an impact wrench, one tends to go for the one that is more compact and much lighter. The smaller and lighter it is, the more work can be done with less fatigue.

However, when it comes to their weight, one is much lighter than the other. DeWalt DCF899B weighs about 6.39 lbs while DeWalt DCF899HB weighs only 5.8 lbs. It only proves that DeWalt DCF899HB can be handled more conveniently when doing overhead works.

Nonetheless, both can be used even in tight workspaces.

Another thing one looks into when choosing an impact wrench is the item’s battery life and overall motor efficiency and performance.

So, to address this, DeWalt launched DCF899B and DCF899HB brushless impact wrenches that are powered with heavy-duty 20V Lithium-ion batteries.

With their 20V Lithium-ion batteries, you will surely be able to do more work and worry less about frequently sitting out because of low battery. Plus, they both use a brushless motor that provides higher work efficiency and better performance. This motor type also protects your hearing by not making earsplitting noise.

Of course, the factor that mostly affects the user’s decision-making when it comes to getting his next impact wrench is how powerful the tool is.

DeWalt DCF899B and DCF899HB both have the same torque and speed. They can both deliver a maximum torque of 700 ft-lbs and a breakaway torque of 1,200 ft-lbs.

Both cordless impact wrenches are capable of removing or adjusting bolts and nuts at different speeds. It can complete a task at 2,400 IPM or depending on the user’s preference, one can choose between 0 – 400 / 1,200 / 1,900 RPM.

DeWalt DCF899B and DCF899HB are both under the line of cordless products of the manufacturer, which make them more desirable among users because of their portability.

These power tools also feature a three-speed gear to allow the user maximum control of its speed. Plus, they are both furnished with LED light at the base of their ergonomically textured handles to provide users the opportunity to work on poorly-lit areas.

As you can see, these DeWalt cordless impact wrenches only differ in the type of anvil used. DeWalt DCF899B has a detent pin anvil while DeWalt DCF899HB has a hog ring anvil.

The anvil of your impact wrench serves two purposes. Its front part is where the bit attaches, and the rear part, which is usually inside the gearcase, is where the hammer strikes the anvil.

The detent pin anvil securely holds the socket, and to release it, one will need a small screwdriver. The hog ring anvil, on the other hand, allows users to put on and pull out impact sockets by hand.

Depending on what you’re working on, you may choose between which anvil type to go for. 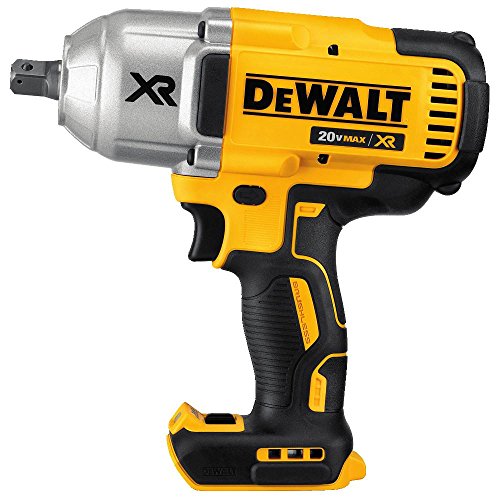 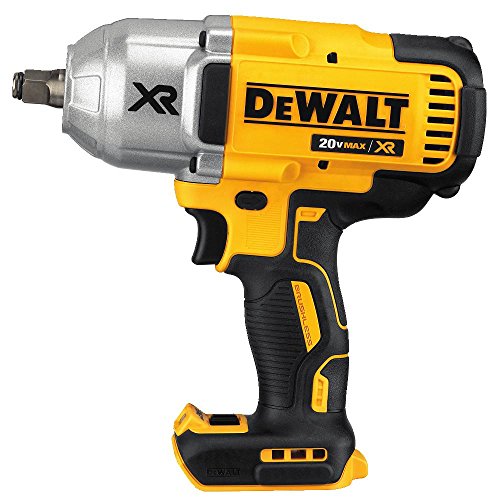 DeWalt has progressively innovated their tools, focusing more on the user’s productivity, ease of use, and durability of their tools. With that, they have crafted DCF899B and DCF899HB cordless, brushless impact wrenches that prove to be good additions to your toolbox.

It does not matter whether you are just a beginning DIYer or a professional worker. DeWalt DCF899B and DCF899HB are handy tools that can be used by anyone depending on the type of task.

If your task requires only one impact socket, then go for DeWalt DCF899B since its detent pin anvil securely fastens the impact socket to the tool, and that makes it more suited to tasks that do not need frequent changing of sockets.

But, if you are looking for a tool that is as powerful and one you can use conveniently for tasks requiring frequent socket changes like in automotive works, you must go for DeWalt DCF899HB because with its hog ring anvil, it is much easier to change sockets by hand.

Which DeWalt cordless impact wrench best suits your task? Is it DCF899B or DCF899HB?