Impact drivers are great for driving fasteners but certain situations call for more power and torque. That’s where impact wrenches come in. But having multiple tools do similar jobs can be cumbersome. It would be great if we could have a tool that would be able to do it all, wouldn’t it?

Well, Bosch came up with a socket-ready chuck, all-in-one impact driver and impact wrench embodied in the Bosch IDH182B. Would it perform just as well as dedicated impact wrenches like the Makita XWT08Z LXT?

We’ll examine its specs and identify if it could replace the impact drivers and wrenches in our tool chests.

The Makita XWT08Z, being a full-blooded impact wrench, is the better impact wrench than the Bosch IDH182B. It was designed to be a workhorse of a wrench that’s able to take on an extensive array of applications.

The Bosch IDH182 is a superb impact driver but falls short in proving that you can have a cake and eat it too. It is not endowed with the same power as the Makita XWT08Z to have a long list of fastening and nut-busting credits to add to its resume. 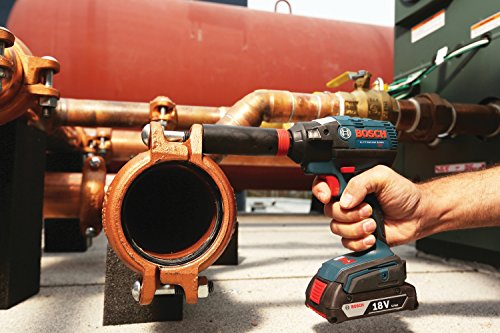 The Bosch IDH182 is equipped with Bosch’s EC Brushless motor which provides 2x the motor life and enhanced performance. It sports a hybrid ¼” hex and ½” square drive.

The battery pack also has a fuel gauge which lets you check the charge status. Cold conditions don’t pose a problem for this battery as it can work in temperatures as low as -4°F.

Verdict on the Bosch IDH182B

The Bosch IDH182B is an excellent impact driver. As an impact wrench, it acts as a light-duty wrench whose primary use is for construction but could still perform light automotive tasks on the side. 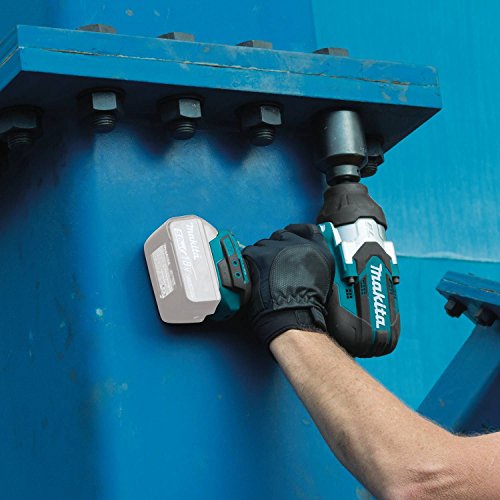 The Makita XWT08Z features a brushless motor for better runtime, enhanced power and speed, and longer tool life. It is designed to handle a wide variety of fastening tasks.

The battery also has an impact-resistant case and shock-absorbing inner liner to protect the battery and prevent power loss or fluctuation.

With the battery, it can weigh up to 7.9 lbs. It measures 10” x 10.3” x 3.9”. It definitely does not fall on the lightweight spectrum but that is because it is loaded with a lot of power.

Verdict on the Makita XDT16T

You are almost limitless with what you can do with the Makita XDT16T as an impact wrench. It is quite a workhorse and can be used for a wide range of jobs including ironwork and steelwork, pipe fitting, automotive and railroad work, and carpentry.

Bosch vs Makita: Which is Better?

Makita has a wider set skill set too compared to Bosch. It can perform a lot of tasks, some of which, we’ve mentioned above, while Bosch can only perform light-duty construction and a bit of automotive stuff.

The Bosch IDH182B gets credit though for being versatile in that it can act as both an impact wrench and an impact driver and it can fit better in tight spots.

An impact driver and impact wrench hybrid that will give us the best of both worlds is hopefully something that awaits us in the future. For now, if you’re on the hunt for a powerful impact wrench for heavy-duty use, it is best to stick to the tools that were designed to do just that. Hybrids are still good options though if you don’t require that much power.